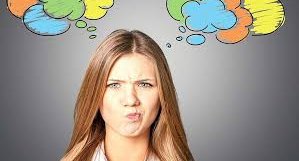 That’s where Tongue Fu!® comes in. It is a trade-marked communication process I developed twenty years ago to teach people what they can say – when they don’t know what to say – in the challenging situations many of us face every day.

Do you deal with the customers? Executive Book Summaries said these techniques are a “goldmine for anyone dealing with the public.” Hope they help you handle challenging situations more effectively and proactively – for the benefit of all involved.

When people complain, don’t explain, Take the AAA Train. Explaining why something wasn’t done when it was supposed to be done makes people angrier because explanations come across as excuses. Instead, Agree, Apologize, Act. “You’re right, Mrs. Smith, we were supposed to send that material to you last week, and I’m sorry you didn’t receive it yet. If I could please have your name and address I’ll personally put that brochure in an envelope and make sure it goes out today.” Voila. Complaint over!

Tongue Fu!® Tip #2: “What can I do if people accuse me of something untrue?”

Whatever you do, don’t defend or deny untrue accusations. If someone blindsides you with an allegation, “You women are so emotional!” and you protest with, “We’re not emotional!” you’ve just proven their point. Instead, put the conversational ball back in their court with, “What do you mean?” Asking them to explain themselves will cause them to reveal the real issue and you can address that instead of reacting to their attack. Imagine an upset client claims, “You don’t care about your customers.” Protesting, “That’s not true. We pride ourselves on our quality service” turns this into a “Yes we do – No you don’t” debate. Instead ask, “What makes you think that?” The client may say “I’ve left three messages and no one’s called back.” Aaahh, the real issue. Now you know what’s really bothering her and you focus on that instead of reacting to her attack.

Stop arguments with a hand gesture. No, not that one! If people are arguing and you try to talk over them, what will happen? They’ll talk louder. The voice of reason will get drowned out in the commotion. Putting your hand up like a policeman will cause them to pause for just a moment, which gives you a chance to get your verbal foot in the door. Then say these magic words, “We’re here to find solutions, not fault.” Remind them that John F. Kennedy said, “Our task is not to fix the blame for the past, it’s to fix the course for the future.” If the conversation starts deteriorating into a gripe session again, make a T with your hands and call out, “Time out. Calling each other names won’t help. Instead, let’s focus on how we can keep this from happening again.”

Don’t use the apathetic words, “There’s nothing I can do” or “There’s no way I can fix this.” A front desk manager at a hotel asked, “What can we say when people grumble about the rain? There’s nothing we can do about the weather. We’re not Mother Nature.” I told her, “The words, ‘There’s nothing” and “There’s no way‘ come across as a verbal dead-end. People will conclude you don’t care. They’ll get more louder in an effort to make you care. Use the words, ‘I wish,’ ‘I hope,’ or ‘There’s something’ to let people know you’re trying to help them. Say, ‘I wish I could bring out the sunshine for you. I know you were looking forward to some beach time’ or ‘I hope it clears up soon. In case it doesn’t, there’s something I can suggest. Here’s a list of rainy-day activities so at least you can make the most of your visit even if the sun doesn’t cooperate.'” In the real world, we can’t always give people what they want and we sometimes have to deliver bad news. We can at least give people our concern and offer options.

If something’s gone wrong,don’t “should” on people. When we tell people what they should have done, they will resent us – even if what we’re saying is right. Why? People can’t undo the past. If they’re being reprimanded for something they can’t change, they’ll channel their feeling of helplessness or guilt into antagonism towards us. My mom used to tell me, “We can’t motivate people to do better by making them feel bad.” Telling people what they “should” have done makes them feel bad and doesn’t teach them how to do it better. When people make a mistake, be a coach, not a critic by using the words “in the future” to shape their behavior instead of shame it. Focusing on what they can do “from now on” helps them learn instead of lose face and they’re a lot more likely to do things differently “next time.”

Develop a repertoire of Fun Fu! remarks. Erma Bombeck (bless her soul) said, “If we can laugh at it, we can live with it.” Are you sensitive about something? Perhaps you’ve put on a few pounds. You have a choice. You can be hyper-sensitive about this and give people the power to embarrass you, or you can come up with clever, non-combative comebacks and keep your wit(s) about you.

Want an example? I ran into a very tall man in an airport. The people in front of me were laughing and pointing at him. I thought, “How rude!” Then he got closer and I could see his t-shirt which said, “No, I’m not a basketball player!” The back of his shirt said, “Are you a jockey?” This man told me he used to dread going out of the house because everyone made smart-aleck remarks. He finally decided if he couldn’t beat ’em, he might as well join ’em. “This is nothing,” he said with a smile, “I have a drawer full of these shirts at home. My favorite says ‘I’m 6’13” and the weather up here’s fine.’ Ever since I started wearing these shirts,” he added, “I’ve had fun with my height instead of being frustrated by my height.” Fun Fu! responses can help you lighten up instead of tighten up so no one has the power to get under your skin or knock you off balance.

Imagine a staff member asks, “Can I have my paycheck early? I’m going on a trip this weekend” and you answer, “No you can’t have your paycheck because it hasn’t been approved by payroll.” That’s the truth, however people will get upset because they feel you’re brushing them off.. The words “can’t because” are like a verbal door slamming in their face. Want good news? You can often approve requests with the words, “Sure you can, as soon as” or “Yes you can, right after.” Re-word your reply to, “Yes, you can have your paycheck, as soon as it’s approved by payroll. Why don’t we give them a call, explain the circumstances and see if there’s any way they can speed things up.” One manager said, “I can’t wait to use this idea at home. My kids see me as a ‘big meanie’ because I’m always telling them ‘no.’ Next time they ask if they can go outside and play with their friends, instead of saying, ‘No you can’t, because you haven’t done your homework,’ I’m going to say, ‘Sure you can, as soon as you finish your homework.’ Instead of seeing me as the one blocking what they want, this makes them responsible for getting what they want. It changes the whole dynamic of our relationship.”

Have these sample response been helpful? Want more ways to keep your cool – even when other people aren’t? Check out Tongue Fu!® and Tongue Fu!® at School.

Are you thinking, “I’ve tried all these diplomatic approaches and they work with most people. However, there’s ONE person in my life who ignores all this.”

You may be dealing with a bully. Check out Never Be Bullied Again and take this quiz to see if you’re dealing with what I call a 5%er. If so, the stronger tips in that book show how to hold that person accountable for their unacceptable behavior so s/he starts treating you with the respect you want, need and deserve.

Sam Horn, TEDx speaker, and creator of the trademarked Tongue Fu!® process, is on a mission to help people create respectful communications that add value for all involved. Her work- including Tongue Fu®, POP! and Washington Post bestseller Got Your Attention? – has been featured in New York Times, Forbes, Readers Digest, and INC, and presented to clients as diverse as National Geographic, Four Seasons Resorts, YPO, Capital One, Accenture, NASA and Cisco. If you’d like Sam (or one of her certified Tongue Fu® instructors) to teach your employees how to deal with difficult people – without becoming one themselves, contact Cheri@IntrigueAgency.com