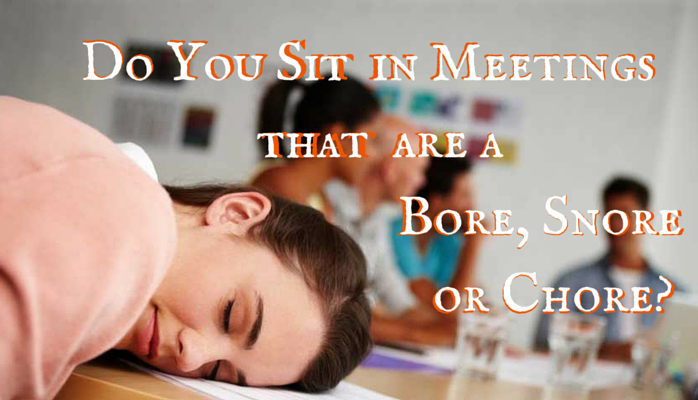 “I get a little itchy if I don’t have some control.” – SNL actress Amy Poehler

Face it, these days, everyone gets a little itchy if they don’t have some control.

That’s why it is smart to SHARE control instead of TAKE control of your meetings.

When I lived in Hawaii, I had an opportunity to work with visionary leader Mike White and his team at the Kaanapali Beach Hotel.  KBH did not have the glitziest property on Maui, but it did have an incredibly high percentage of returning guests.

Visitors felt they were experiencing the real “aloha” of the islands. Employees gathered in the lobby every day at noon to sing, dance hula and play the ukulele.  Guests were greeted by name and treated to fresh papayas, bananas, guava and protea from the staff’s yards.

How did KBH create such a caring culture focused on delivering a quality customer experience?

As General Manager, Mike believed it was crucial for employees to feel they were part of an “ohana” (Hawaiian for “family”), so he held monthly all-hands meetings to keep everyone involved and updated.

This was a logistical challenge because it meant paying employees to come in on their day off and temporarily having a “bare bones” operation while staffers participated.  However, Mike put KBH’s money and schedule where its values were and committed to doing this.

Instead of running all the meetings himself, (the default approach of most bosses), he rotated the leadership among the different department heads.  One month the Sales & Marketing Director was in charge, the next month the Food and Beverage Manager, the next the Head of Housekeeping, the next month the head of Convention Services, etc.

The hosts had complete autonomy to run “their” meeting any way they saw fit.

Let the creativity begin!  It became a mini-contest to see who could facilitate the most innovative gathering.  Everyone looked forward to attending because they never knew what to expect. The meeting chairs developed their speaking and leadership skills, and were motivated to come up with new ways to keep employees engaged, focused and productive.  It was a win for all involved.

How about you?  Do you always chair your meetings? Could it create a more engaged workforce (or committee) if you rotated hosts and gave others an opportunity to take the lead?

This is not petty.  An Aug. 31 CBS Sunday Morning feature interviewed Robert Levering, co-creator of the Fortune 100 Best Places to Work about whether there’s a connection between and healthy bottom-line and engaged employees.

The answer was an emphatic “yes.”

Levering cited a Gallup poll that reported only “three of ten employees are actively engaged, meaning they’re committed to, or enthusiastic about, their work.” He quoted another study that found “disengaged workers are costing U.S. companies $550 billion.”

A premise of my new book “Got Your Attention?” is that people who use the internet (and that’s just about everyone these days) is accustomed to controlling and customizing their “user experience.”  It’s their norm.

On the internet, everyone has a voice.  They post what they want, when they want, on Facebook, Twitter, Pinterest.  They create their own music stations on Pandora and Spotify.  They post their own videos on Meerkat, Vine and YouTube. They vote who stays and who goes on their favorite TV shows.

Then they sit in a meeting, (which is often WAY longer than it needs to be), and they have no control, no say so in how things go.  As a result, they tune out,  They may be sitting there in the room, but they’re a million miles away in their mind.

That’s one of the many reasons it’s time to disrupt the traditional, top-down, “I’m in charge, you’re not” mentality of the boss always running the meeting.

The boss is not the only expert in the room.

Today’s leaders leverage the expertise in the room by giving everyone a chance to connect and contribute.

Are you engaging employees and giving them opportunities to co-control their meeting experience?  Instead of simply downloading what you know,  are you giving others opportunities to share what they know? Are you emphasizing interaction as important as  information?